Edwin M. Adeson is a graduate of Troy High School 1987, Union College 1991, and Hofstra School Of Law 1994. He passed the NYS Bar Exam on his initial try and was admitted to practice law in January 1995. Since then, and for the past 26 years, he has specialized in bankruptcy law. He has also served as an attorney for children (fka law guardian) since 1998 in Warren and Washington Counties. Edwin is a member of the Warren County Bar Association and the Washington County Bar Association.

Edwin is also a father of three children, ages 24, 21 and 19 who attended Queensbury Schools. He’s married to Lisa Adeson, MD, who is a local pediatrician at Glens Falls Pediatric Consultants, PC.

“I thought I was never going to be able to ever get credit again. I am a single mom recently divorced. I had way too much credit card debt. I got referred to Mr. Adeson for bankruptcy. I never imagined I would ever have to file bankruptcy in my life. I was so scared. But Mr. Adeson sat down with me and explained the entire process. It was not nearly as bad as I imagined it was going to be. The process to file bankruptcy was fairly easy. I am now debt free. My creditors never contacted me again after fling the bankruptcy. I purchased a vehicle 8 months after filing my bankruptcy at a 3.9% interest rate and only 2 years after filing my bankruptcy I am in the process of purchasing a house and I have been pre-approved for a mortgage at 4.5% interest. I owe it all Mr. Adeson. Anybody who has financial problems out there go see Mr. Adeson. He did a fantastic job and I highly recommend him.”

“Have worked with him on two different occasions and have been very happy with his work quality, prompt service, and fair price!”

“I got injured with no medical insurance and had huge medical bills and I also had some credit card debt. I did not know what to do. I thought about contacting one of these internet companies that promise to get you out of debt but heard they were mostly scams. Several people referred me to Ed Adeson. Ed spoke with me on the phone for about 20 minutes. He was so understanding and advised me that bankruptcy was my best option, Ed immediately set up an appointment in person and got my paperwork filed within the week. I am now debt free and I have reestablished my credit in less than 6 months and I was able to get a car loan. I am so thankful that I called Ed and got out of debt. If you need to file bankruptcy definitely call Ed as he is compassionate, efficient and knows exactly what his is doing.”

“Thank you for your great work! Thank you for enabling us to get on with our financial life in 2017 without the burden of debt. What a great Christmas present! We wish you happy holidays & continued success the services you provide.”

“Was very nice and easy to deal with. Explained everything as we went thru this in easy terms, everything was settled fast and easy.”

“I needed to get out of debt and called Ed Adeson. He returned my telephone call immediately and processed the bankruptcy paperwork within a few days. I called around and Ed was the CHEAPEST in the area for fees. He made the process so simple and explained everything so that I could understand what was happening every step of the way. If you need a bankruptcy attorney Ed is the guy you should go see. Ed is friendly, efficient and knows what he is doing. I highly recommend Ed as he fixed my financial situation and life is now so much better.”

“Thankyou very much for the great job you did and all your support on my difficult time of filing for bankrupcy. Your kindness and sympathetic words of ” Don’t worry. I got this. I will walk you thru this” at the hearing was greatly appreciated. I can’t thankyou enough.”

“Walked us through the whole process..very professional, courteous, prompt, knowledgeable!! Thank you Ed for being our attorney.”

“Very friendly. Doesn’t dick around like most lawyers gets the job done promptly.”

“Due to very high medical bills, I could not meet my obligations. After a year of struggling, I contacted Mr Adeson to file bankruptcy. It’s seven weeks later and the bankruptcy proceedings are done and I am free of debt. The fee was very reasonable. Mr Adeson is an extremely efficient and caring attorney. HIGHLY RECOMMENDED!”

“I don’t use Facebook, but I have recommended your services and will continue to do so. I appreciated your prompt response every time I had a question. You made a most uncomfortable situation bearable. Many thanks”

“He is very proficient, easy to talk to, very through. I have worked with him on 2 different occasions. First time did not want to file he knew what was going on. He remained supportive through it all. This time there was no question I had to file and I knew exactly who I wanted to help me. He was extremely patient to get paid as well.” 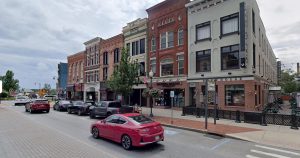